Due to COVID-19, the Security Guard Training School has suspended all programming until further notice.

This 16-hour course, taken over two days, must be completed within 90 days of employment as a security guard. Topics include the role of a security guard, emergency situations, communications and public relations, terrorism, and much more.

This eight-hour course must be completed within 12 calendar months from completion of the 16 Hour On-the-Job Training Course, and annually thereafter. Topics include the role of the security guard, access control, ethics and conduct, and much more. 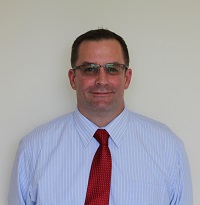 Taylor J. Herrick, the Director of Public Safety, has been an integral part of the Public Safety Department at Saratoga hospital for 10 years. Initially employed as a part-time public safety officer in January 2007, Herrick rose through the ranks and served as Public Safety Coordinator, second in command, for six years prior to accepting his current position.

A graduate of Valley Forge Military Academy, Herrick had more than 15 years of experience in the field of public safety prior to joining the team at Saratoga Hospital. He is a Certified Hospital Emergency Coordinator (CHEC) Level II, a NYS DCJS-approved NYS General Topics Instructor, a Certified Active Shooter & Workplace Violence Instructor, and a National Center for Biomedical Research and Training (NCBRT) Instructor in Screening of Persons by Observational Techniques. He also holds a NYS Armed Guard license. 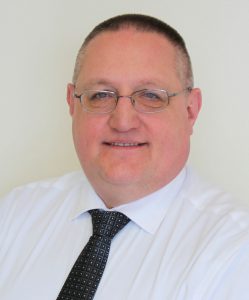 David Nelson is the Public Safety Coordinator at Saratoga Hospital, and serves as the Security Guard Training School Co-Director and Chief Instructor.

Nelson holds a B.S. in Criminal Justice from Ashworth College. He has attained the highest-level credential of Certified Healthcare Protection Administrator (CHPA) from the International Association for Healthcare Security and Safety (IAHSS). He is one of only a handful in New York State to obtain this esteemed credential, and one of approximately 350 worldwide. 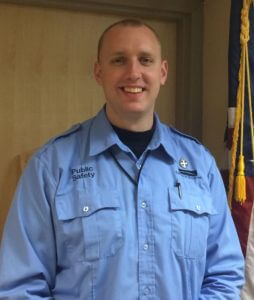 Dave Trottier is a NYS Court Officer, and serves as a NYS Certified Security Guard General Topics Instructor at Saratoga Hospital. He holds a NYS Armed Guard license, and has certificates from the International Association for Healthcare Security and Safety (IAHSS) and the U.S. Federal Emergency Management Agency (FEMA). He compled a 40-hour NYS Enhanced Security Guard Program, and is trained in Non-Violent Crisis Intervention (NCI).

Trottier graduated from Castleton College in 2009 with a B.S. in Criminal Justice. He spent two years as a Communications Officer for the Hudson Falls Police Department before joining Saratoga Hospital Public Safety in 2012. He left the department in 2015 following his acceptance to the NYS Court Officers Academy, but returned to assume his current role soon thereafter.

Danielle Jourdan is shift leader with the Department of Public Safety at Saratoga Hospital. She began her extensive career in the private security field in 2004.

Jourdan earned a B.A. in Forensic Psychology from John Jay College of Criminal Justice, with an emphasis on Substance Abuse Counseling. She holds various certifications from the NYS DCJS, including Police Mental Health Instructor and Police and Security General Topics Instructor. Jourdan is also a certified Healthcare Security Supervisor through the International Association for Healthcare Security and Safety (IAHSS), and she holds a NYS Armed Guard license.